“For years, California consumers have paid more for their online purchases because of Amazon’s anticompetitive contracting practices,” Bonta said. “Amazon coerces merchants into agreements that keep prices artificially high, knowing full well that they can’t afford to say no. With other e-commerce platforms unable to compete on price, consumers turn to Amazon as a one-stop shop for all their purchases.”

Bonta charged that “many of the products we buy online would be cheaper if market forces were left unconstrained.”

A must-have for merchants

Amazon is the dominant online retail store in the United States with more than 160 million Prime members nationwide and around 25 million customers in California alone. According to one survey, 96% of all Prime members said that they are more likely to buy products from Amazon than any other online store, and 74% of all consumers go directly to Amazon when they are ready to buy a specific product.

Because of this, Amazon is a must-have distribution channel for merchants, according to Bonta. He said third-party sellers join Amazon every day, despite the fact that the total cost of selling on Amazon far exceeds that of selling in other online stores.

As one seller put it, “We have nowhere else to go and Amazon knows it,” Bonta said in a news release. 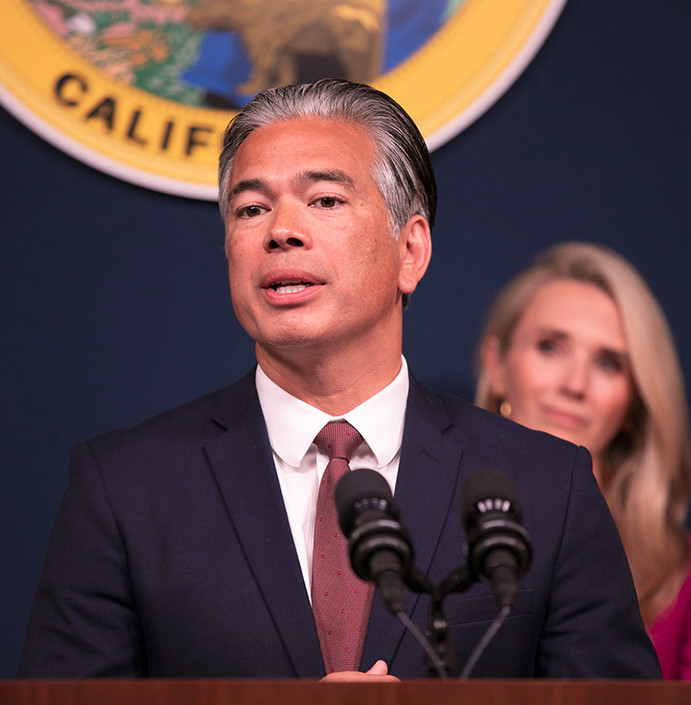 Amazon has orchestrated the substantial market power it now enjoys through agreements at the retail and wholesale level that prevent effective price competition in the online retail marketplace.

Merchants must agree not to offer lower prices elsewhere — including competing sites like Walmart, Target, eBay, and, in some cases, even on their own websites — and to accept drastic penalties like loss of the “Buy Box” on Amazon or to “compensate” Amazon if other online stores do lower their prices. Merchants that do not comply face sanctions such as less prominent listings and even the possibility of termination or suspension of their ability to sell on Amazon, according to the lawsuit.

Sellers report that because they “pay less in fees on our own and other websites, we could sell our products for lower prices on these websites,” but “we do not do this” because “if we do, Amazon will disqualify [our] offers from the Buy Box,” Bonta quoted one merchant as saying.

The 84-page California suit is similar to one filed by the District of Columbia last year. It was tossed out by a Superior Court judge  based on Amazon’s motion to dismiss. The D.C. attorney general filed a notice of appeal last month. Amazon did not immediately respond to California’s suit but in response to the D.C. action, it said last year that its policy on merchants that work with other sites is designed to protect consumers from being overcharged. The company has said it decides which third-party merchants to feature based on price, delivery speed and other factors.

The lawsuit seeks an order from the San Francisco Superior Court that stops Amazon’s anticompetitive behavior and recovers the damages to California consumers and the California economy. Specifically, the lawsuit asks the Court to:

A copy of the complaint, which was submitted to the Court today, is available here.

Wellness is all the rage these days and staying well requires, among other things, a good night’s sleep, preferably every night. In pursuit of that goal, aggressive wellness seekers are shelling out big bucks for “sleep vacations.” It may sound like the sleepaway camps of our youth but these
Years of progress in reducing cigarette use are going up in smoke, as teens turn to vaping for their nicotine hits, public health officials at the U.S. Food and Drug Administration say. “The FDA remains deeply concerned about e-cigarette use among our nation’s youth. It’s clear that
Hurricane Ian is gone but the devastation it leaves behind will weigh heavily on homeowners for years and may drive some low-income residents from the state. Wind and storm-surge losses from Hurricane Ian could reach as $47 billion in Florida alone, according to an analysis by CoreLogic. Damage claims are